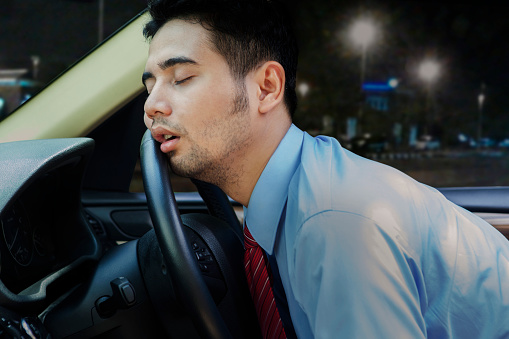 Not even a double shot of espresso is doing the trick for you as you sit in bumper to bumper traffic. Or, maybe the caffeine high has tapered off as you are 3 hours into your 8 hour road trip. Either way, drowsy driving has happened to the vast majority of us and the outcome can be incredibly frightening or even deadly.

According to a recent article published in USA Today, drowsy driving plays a role in nearly eight times more severe car accidents than federal estimates previously suggested. The AAA foundation for Traffic Safety found that 9.5% of all accidents involved drowsy drivers. The federal estimates suggested that drowsiness was a factor in only 1-2% of all crashes; a stark difference of approximately 8%.

This driving epidemic is so alarming that 35% of drivers sleep less than the recommended 7 hours of sleep a night. The survey noted that 96% of all drivers said they believe drowsy driving is hazardous and 29% of those individuals admitted to having trouble keeping their eyes open while driving. This study is said to be the most in-depth study ever performed and as it had 3,593 drivers, from 6 different geographic regions around the country, place cameras on their dashboards to monitor their driving from October, 2010 to December, 2013.

During that time period, 589 crashes occurred with the driver’s eyes being visible for the final 3 minutes before the crash. The other portion found that 112 crashes occurred with the driver’s eyes only being visible 1 minute before the crash. The crashes were so severe that rollovers, airbag deployment or significant damage happened to the vehicle and driver.

The extensive study goes to show that drowsy driving cannot be tackled with coffee, energy drinks or walking around your vehicle 3 times. While these tricks may delay your eyes closing for a short period of time, the only real way to tackle drowsy driving is by sleeping.

If you see a driver swerving or crossing the center line, the probability of them dozing off is high. Just missing 2 to 3 hours of sleep a night can quadruple your chances of being involved in a car accident. Many experts have said that drowsy driving is the equivalent of driving under the influence of alcohol. Therefore, we ask you to be alert and aware of your surroundings while driving. Drowsy driving isn’t just endangering you; you’re endangering everyone on the road.