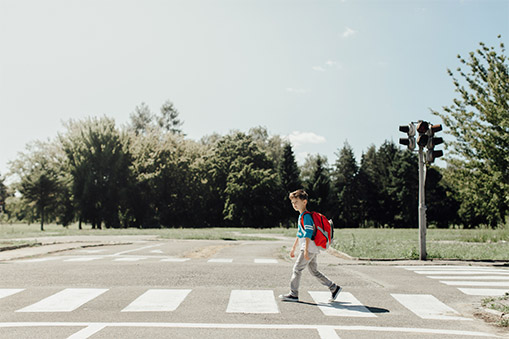 The risks associated with driving will never cease to exist. Although, these driving dangers have continued to change as technology and safety features improve.  While the automobile industry has made strides in both areas, there’s always room for continued improvement.  One specific topic that has recently made headlines is the number of SUV drivers hitting and killing pedestrians. The Detroit Free Press / USA Today Network released an article discussing the rising dangers of SUVs being responsible for pedestrian deaths.

The study found that almost 6,000 pedestrians died on or along U.S. roads in 2016.  Among these pedestrian deaths, the data found that SUVs were the largest contributing factor to these pedestrian accident deaths. The article found that federal safety regulators have been aware of these dangers, but neglected to do much of anything to prevent more pedestrian accidents. Regulators have known that SUVs have a higher front-end profile which has made them twice as likely, as compared to car accidents, to kill walkers, joggers and children they hit.  Unfortunately, without the help or support from federal officials, automakers have made very little strides to change or improve SUV safety measures.

Pedestrian Hit by Car and SUV

While there are several reasons why pedestrians and smaller vehicles get hit by SUVs (e.g., DUI drivers, distracted drivers or pedestrians jaywalking), data and safety experts found that these reasons didn’t account for the spike in pedestrian deaths. The key factor is due to the higher-profile, blunt nosed SUVs that have grown in popularity and sales.

Safety Plan to Protect a Pedestrian Hit by Car

The National Highway Traffic Safety Administration (NHTSA) is well-aware of the statistics and dangers surrounding SUVs and pedestrian accident fatalities. The Administration, alongside other state and national officials, has taken notice and is planning to implement changes to their vehicle safety system so as to include new vehicle safety scores measuring pedestrian safety. The New Car Assessment Program was intended to roll out in 2018 for 2019 model year vehicles, but neither the car industry nor consumers have yet to see these changes.

In the meantime, the NHTSA released a statement saying that they are, “working on a proposal for a new standard that would require protection against head and leg injuries for pedestrians impacted by the front end of vehicles.”

Until new safety standards are implemented, pedestrians are left only to rely on themselves for the proper safety precautions.  At Kaine Law, we have represented countless pedestrian accident victims and are here to provide legal assistance for you and your loved ones. While these safety regulations may be on-hold for the time being, we are dedicated to serving pedestrian accident victims who have suffered personal injury or even killed by negligent drivers.