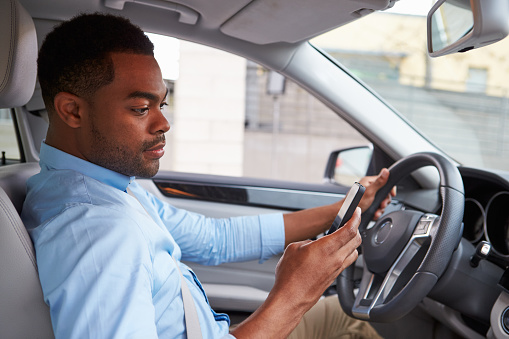 Why did Georgia’s texting and driving law change?

The new Georgia texting and driving law aims to decrease the number of traffic fatalities on Georgia roads.  In 2017, alone, 1,549 drivers were killed in car accidents.

The big picture is this: Georgia’s new hands-free law aims to prohibit drivers from holding their cellular device while driving.

How to Stay Legal under the Hands-Free Georgia Act

To help better understand Georgia’s new texting and driving law, we’ve compiled a list of the Do’s and Don’ts.

When a vehicle is legally parked, in a parking space (not in traffic, at a traffic light or stop sign) a driver can use their phone normally.  Individuals such as emergency responders, police officers, firefighters and medical personnel are exempt from the hands-free requirement while performing official duties.

The Georgia Department of Public Safety has released statements recognizing that the new hands free law will be a “major transition for drivers.” Therefore, there’s a grace-period, based upon police officer discretion, which allows officers to issue warnings to drivers who violate the Hands Free Georgia Act, instead of writing traffic citation.

Alongside government, state and local officials, we too hope that the Hands Free Georgia Act increases driver attentiveness and reduces the number of car accidents in Georgia.  At Kaine Law, we have represented countless car accident victims who have been injured or killed due to car accidents caused by distracted drivers. Please contact our personal injury law firm today to speak with a Georgia car accident lawyer.  We fight for the compensation that you deserve.