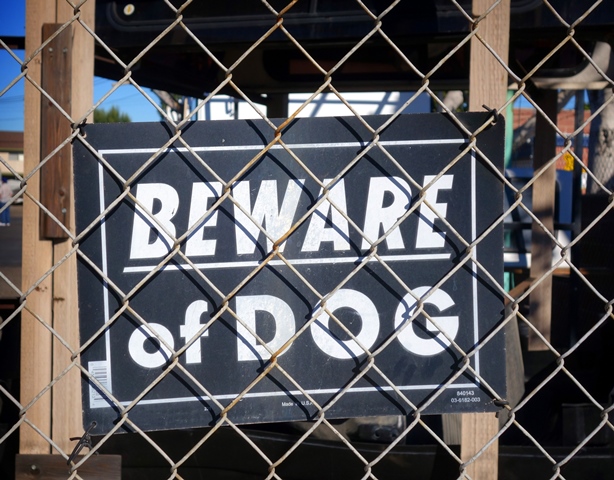 Our friendly, canine companions can bring a tremendous amount of joy to our lives just by greeting us at the door after a long day. Our furry friends can serve as the silent, kind and non-judgmental pal we seek when we don’t want to deal with the outside world. Although we all want to believe our dog would never hurt anyone, it’s important thing twice and prepare for the just in case.

Whether you have a dog or know someone who does, it’s important to always keep your guard up because, in a split second, everything can change. According to statistics gathered from Dogsbite.org, the 2016 fatality rates from dog bites are alarming.

Despite new regulation on military housing areas and over 900 U.S. Cities, there were 31 dog bite-related fatalities. Pit Bulls contributed to 71% of these deaths – this particular breed makes up 6% of the total U.S. dog population. The 2nd most lethal breed of dog is the Rottweiler, which accounted for 77% of the total recorded deaths in 2016.

Both Pit Bulls and Rottweilers accounted for 76% of all fatal attacks during the 12-year period of 2005 to 2016. The statistics become even more alarming as Pit Bulls killed a total of 254 Americans from 2005 to 2016 – which translates into an American killed every 17 days. Rottweilers killed 43 people – accounting for the death of 1 person every 102 days.

From all of these dog attacks and deaths, who is most at risk?

It’s hard to say because, at any moment, a dog can become aggressive and attack, but according to the statistics:

Sadly, dog attacks are becoming more frequent and too many lives are lost when such attacks could be prevented.

How to Prevent Dog Attacks?

The owners of any dog should always be cautious – even if they believe that their dog is harmless. Every dog should be restrained by a properly, secured leash. If a fence encloses your yard, make sure that all fence sections are secure and will prevent your dog from escaping. If your dog has a tendency to nip or get easily agitated, make sure that your dog is muzzled around visitors and small children.

When you’re around a dog, especially when accompanied by young children, always remain defensive. Pay attention to where the animal is at all times and be cautious. Remember that 4.5 million Americans are bitten by a dog each year; so, a fatal attack can happen in an instant – don’t let your guard down.

If you or someone you know has been injured from a dog bite/attack, please contact our office today for a free consultation.